Working together is an asset

It takes at least two to make a team, and when you have a good team, you can achieve great things. To see a great team like this in action, all you need to do is travel to Central Finland.

As a young girl, Anna Paananen had several career aspirations, ranging from nature guide to veterinary surgeon. When it was time to decide what career path to follow, Anna set off to Kuopio to study timber engineering.

– I suppose my decision was partly driven by laziness, since the distance to the school was quite short, Anna laughs. – However, I’ve never regretted my decision. I leave for work with a smile on my face every morning.

Working as the Logistics Manager of Iisveden Metsä, Anna genuinely enjoys her job. The workplace is male-dominated, but that does not affect Anna’s day-to-day routines:

– We work together as a team.

Anna works closely with Jussi Rossi, the sawmill’s Production Manager, who worked in a number of roles in the sawmill before starting in his current position. Jussi started as a Fire Watcher working in the summers and after obtaining his forestry engineer diploma in 2009, he worked in every role in the production line before becoming a foreman, overseeing development projects and finally starting in his current role, liaising between the production and sales teams.

– I would describe my role as a combination of the duties of a director of production, production manager and production planner. We are a small company, so what you do is more important than your actual title. What matters the most is doing your job properly, Jussi explains.

Jussi had a clear idea of his future career when he was fairly young, but spending a gap year in the peacekeeping forces after graduating solidified his plans. When the family farm needed to be taken over by the next generation, Jussi decided to leave the public safety industry behind and settle down in the area he grew up in.

– I now have a good and safe job only 10 kilometres away from home – what more could I ask for? Jussi says.

Putting the pieces together

Working in a sawmill is never stagnant; if one component changes, it may cause a domino effect across the entire production chain. To keep the pieces of the puzzle together, sawmill workers must have great troubleshooting skills and the ability to stand behind the decisions they’ve made.

– Jussi doesn’t waste time ruminating over small details. Instead, he finds solutions to problems quickly even when he’s under pressure. As for me, I’d say my strength is that I rarely lose my cool. It’s a useful trait when you need to supply the same materials to three different places at the same time, says Anna.

– Anna is meticulous even when she’s busy and she can maintain the same quality every day. I always endeavour to prepare well-written instructions to keep things running smoothly. If something is then changed in production planning, the entire production process may need to be restructured.

On the other hand, the small sawmill is able react to changes quickly with the goal of delivering an end result that satisfies every party, Jussi adds.

– It’s rewarding to see the results of your work after solving a problem, Anna says.

– Whether it’s satisfied customers or breaking a previous production record, it’s always rewarding when you succeed in something, Jussi agrees.

Both Anna and Jussi value their freedom to schedule their weeks in a way they see best.

– Our supervisor has succeeded in creating an atmosphere where no one breathes down your neck and everyone can work in a manner that best suits them to achieve our joint goals. We are not forced to fit the same mould, and help is always available if we need it, Jussi says. 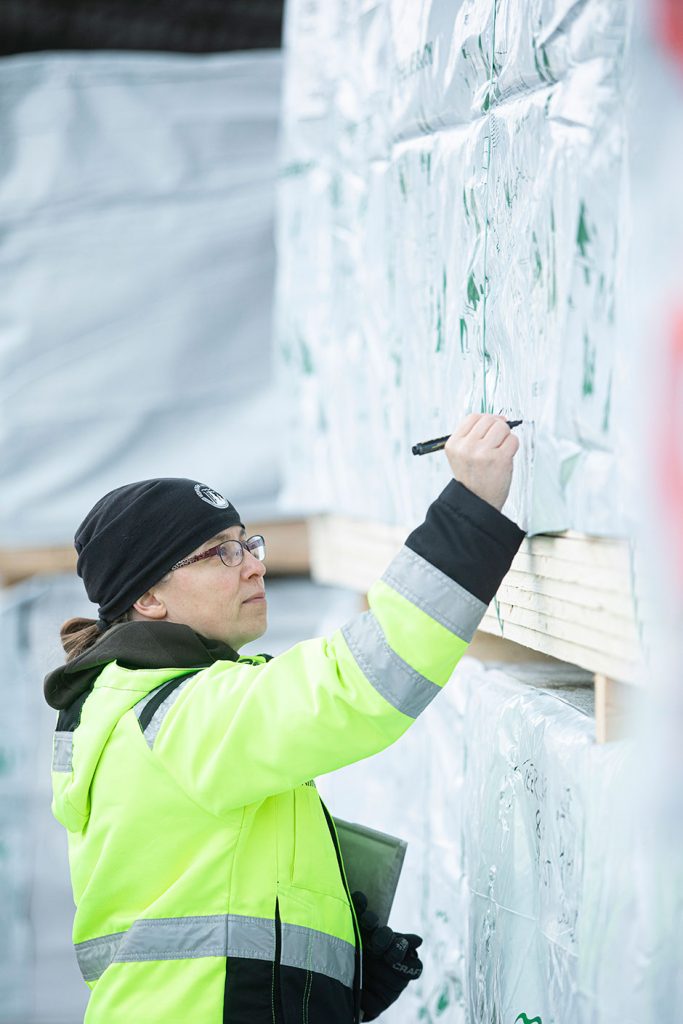 Freedom goes hand in hand with responsibility. In challenging situations, it is important that everyone can work together smoothly.

– Even though Jussi and I have our own duties and a clear division of responsibilities, we work as a team and can always bounce ideas off each other, Anna explains.

A clear division of responsibilities means that everyone knows what they need to do during hectic times. However, the roles also entail a lot of details not specified in the job description, such as matters that might be plainly obvious to some, but not to others.

– These things are not in books, so you just have to know them. This is where experience comes in, as it makes it easier to make decisions, Jussi explains.

On days when everything seems to be going wrong, it’s important to be able to rely on your routines and co-workers.

– It’s great sitting next to a co-worker you know and whose support you can rely on in a tricky situation. At the end of the day, it’s definitely an important asset.

Wood from Finland is a national promotion program for Finnish sawn timber operated by Business Finland and Finnish Sawmill Association.